What was it for and how did it work?

The Pepper’s ghost optical illusion, used in amusement parks, theaters, movies, museums, and other venues since 1862, is produced by reflected light and is often wrongly described as holographic. This project presents an alternative illusion technique based on the use of true full-color analog Denisyuk holograms mixed with real elements with the help of special lighting. The final display is presented in the form of a diorama containing two colorful traditional Korean terracotta figurines, a boy and a girl, behind a glass plate. The girl will fade away like a ghost and disappear completely before reappearing.

What is significant about this hologram project?

The result is a stunning applied-science experiment that arouses the curiosity of even the most discerning observer, first by combining the real-world and holography on a level never before achieved, and then by creating an unexpected final effect of disappearance. Modern audiences like this kind of 3D effect, which can be spectacular and fascinating. There are many possible applications. The technique can be used on stage, in shows as a magic trick with many possible variations. It can also be used during exhibitions in science museums, or in museography to create interactive dioramas and insert objects into scenes. This concept could also be used in advertising to promote products by creating surprise effects for the public. 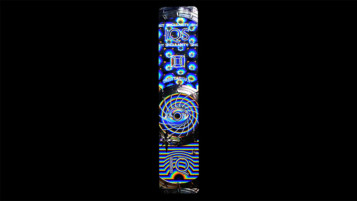